Brian (IVONA)
Candy Cadet (Or Cadet Ghost in UCN Game Files) is a buyable game which tells the player stories and gives out candy.

Candy Cadet currently has three known stories that he will tell you after he gives you a candy. The possibility of hearing a story is very difficult and takes a fond memory of the color schemes that quickly flash on him, there is no exact color scheme that you must follow to get the story but there is, however, one way that helps memorize the schemes. After he tells you to come back for a story, the color schemes will stop flashing and have paused for a very short moment. All of his stories have a similar motive of death/destruction of five things, as well as five things being melted into one. This could possibly be related to the murders of the five children, the five members of the Afton family, the five animatronics forming Ennard, or something else the player hasn't yet discovered.

Candy Cadet when Play Testing him.

Candy Cadet getting close to the screen. 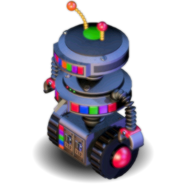 Candy Cadet's texture when being placed on the right side of the pizzeria. 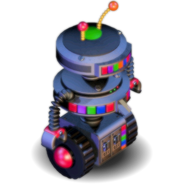 Candy Cadet's texture when being placed on the left side of the pizzeria.
Add a photo to this gallery

Candy Cadet's Ultimate Custom Night mugshot before he was removed. 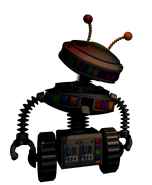 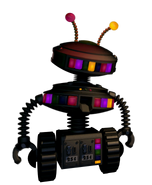 Candy cadet activated
Add a photo to this gallery

Retrieved from "https://freddy-fazbears-pizzeria-simulator.fandom.com/wiki/Candy_Cadet?oldid=27321"
Community content is available under CC-BY-SA unless otherwise noted.