Easter Eggs are randomly occurring or specific things that can happen in the game.

Easter Eggs in FNAF games are secrets hidden that are primarily there to help players find out more about the games lore. They are usually very hard to discover and take many tries to fully discover. This page is dedicated to all the easter eggs found so far in Freddy Fazbear's Pizzaria Simulator and Ultimate Custom Night.

Midnight Motorist is an Arcade Machine found in the "Stan's Budget Tech" Catalog. The machine costs $170. This game has 2 Easter Eggs hidden in it (as of what we have found so far). This minigame takes place after the events of the Take the Cake to the Children minigame and Security Puppet Minigame, but the events of Five Nights at Freddy's 4.

The main Easter Egg in this Arcade Game revolves around a place called Jr's. Getting to this Easter Egg is fairly simple. Purchase the Midnight Motorist Arcade Machine and place it down in your restaurant. Then click on the machine and press playtest.

You will then be brought into a game where you are playing as an intoxicated William Afton driving down a road trying not to crash into any cars. Crashing slows you down, which will be useful later. Play the game like you normally would until you hit the 4th Lap. Now you will want to be more careful with your speed, crashing occasionally to keep it low.

After a little bit in the 4th lap, you will see a break in the bottom of the road. Drive into it to start the Easter Egg. Make sure to remember how to come back here, as it is required for the other Easter Egg. Drive down the road until you come to a bend in the road.

After following the bend your character will step out of his car. Continue walking to the right until you walk up to your house. At this point enter the house. You may talk to the person sitting at the couch, but it is not necessary to complete the Easter Egg. Walk through the door at the top of the screen. You will now be in a hallway with a single door in it. Walk up to the door.

The text "I told you not to close the door." will appear. Pressing the spacebar makes the text box disappear. When you try to go back to the first Room, the text "This is my house. He can't ignore me like that." is shown. Now when you walk up to the door, Afton shouts, "OPEN THE DOOR!". When you try to go back, the text "I'll find a way in from outside." appears, When you go outside, you can go to the right or left of the house, but at the back of the house, you will discover a broken window, animatronic and human foot tracks.

The Hidden Burial Grave is found when the player goes into an unknown driveway in which the man can go out and go, revealing grave, the grave can be the one of the six graves in the last picture shown with the graves in the Completion Ending.

In this minigame you will play as a Susie (the girl who possessed Chica) running around a maze full of different fruits. To complete the game you must collect every fruit in the entire maze within the time limit. This would be quite difficult if it weren't for three power ups; a magnet which allows you to collect everything much easier, a lightning bolt which makes you move faster, and a purple blob type object which makes you capable of going through walls.

Spring Bonnie will appear in the game but it doesn't appear to do anything, every time you collect a certain amount of fruit the screen will flash showing "TIME EXTENDED!" along with Susie's face smiling like a reflection of a screen, once you collect all the fruit it will show "AMAZING!" And the game will end.

The Second time you play, the game will act differently. The music will sound more broken and some objects will start glitching. One of the fruits will instead be a dog lying on the ground. The "TIME EXTENDED!" screen will change to the girl looking sad.

Once you beat the game a second time, the game will change again. This time the music is very distorted and broken and the dogs are lying in a puddle of blood. The speed power up is no longer obtainable and will glitch around as if switching between sprites. The "TIME EXTENDED" screen will show the girl very sad and crying. Standing behind her is William in the Spring Bonnie's suit.

Upon losing, it will fade to the screen of the girl crying with William in the Spring Bonnie suit. Text appears that says, "He is not dead" in blue, then, "He is over here" in yellow text, then finally, "Follow me" in blue text again. Afterwards, the game will no longer be playable.

This minigame takes place at Fredbear's Family Diner, during the events of the Take the Cake to the Children minigame in Five Nights at Freddy's 2.

When playing the minigame for the third time, the player will see a child outside the establishment while the Security Puppet is trapped because of a another gift box being placed on top of his box.

The child will then start to jump up and down, revealing that she is the assigned child with the green security bracelet and slowly fades away as William kills her, while the Security Puppet is free and be able to move again.

The player can control the S. Puppet to go outside, but he will be damaged and distorted by the rain. If the player keeps going to the right, they will encounter the assigned child's dead body but the S. Puppet has now been discolored and dismantled and forced to crawl. Once the player has crawled up to the dead child's body, the S. Puppet will be deactivated and hugging Henry's Daughter' corpse.

On the ground, the player can see William's car tire tracks, setting up the events of "Midnight Motorists".

A running gag in every FNaF game is that you can honk Freddy's nose, in this case Helpy's, during the survival gameplay it will produce a honking noise like the rest of the games.

Randomly throughout the night, the face of Cassidy (aka "the one [Afton] shouldn't have killed") may appear when flipping the camera down or dying.

If all other characters are set to 0 and OMC is set to 1, catching a fish will result in being sent to the 4th layer deep area from FNAF World. Speaking with OMC here will result in him saying, "Come and sit with me a while," prompting the player to press enter. When this is done, OMC will say, "Leave the demon to his demons. Rest your own soul. There is nothing else." The only way out of the game is by rapidly pressing left and right above the pond (A and D), completing the drowned ending from FNaF World and causing the game to crash. If the music in the backround were to be sped up, you can hear William's robotic screaming could be heard. Upon closer inspection, it sounds like William is screaming the words "I HAAATE Mike! AAAAARRGHHHHH! I HAAAATEE...I Hate Henry!" over and over.

Tangle, Whiterabbit, and Bouncepot will randomly appear on the desk randomly when the player closes the monitor. It is unknown why these characters appear here.

Withered Golden Freddy must be set to 1 with no other animatronics active. It is completely fine if Dee Dee summons another animatronic during the night. The Player must now purchase a Death Coin with ten Faz-Coins, and his hat should appear on the desk. Using a Death Coin when Withered Golden Freddy appears will cause Fredbear to jumpscare the player.

After unlocking every cutscene the player unlocks this cutscene of Golden Freddy sitting in a dark void twitching violently while getting dragged into the darkness away from the camera.

Happy Frog, Orville Elephant, and Nedd Bear's one of game over lines have a second voice talking on in the background repeating their lines.

Randomly a shadow version of Dee Dee will appear in front of the player glitching out across the screen back and forth. Her voice is low pitched to the point where she can not be understood; that and her dialogue is played backwards. while her regular counterpart only summons one animatronic at a time, XOR can summon all animatronics in the roster set to a random difficulty. She is always appearing when a player playes 50/20 mode. DD Repel does not work on XOR because she technically isn't Dee Dee herself. She can also appear in other modes that 50/20 Mode but it's super rare.

The player standing outside of the house.

The player in the living room.

The player outside the bedroom.

The bouncer outside of JR's.

The car's sprite when you crash.

JR's logo animated.
Add a photo to this gallery 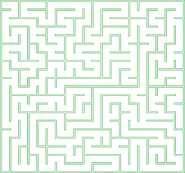 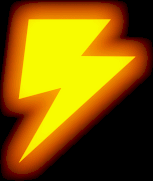 The text that appears when you win the game.

The text that appears when a certain amount of fruits are collecting, extending the time.

The Children locking the Daughter outside.

Security Puppet seeing The Daughter outside.

The Daughter disappearing as William kills her. 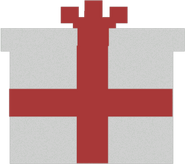 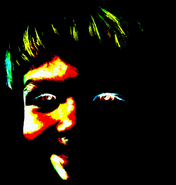 Add a photo to this gallery
Retrieved from "https://freddy-fazbears-pizzeria-simulator.fandom.com/wiki/Easter_Eggs?oldid=24339"
Community content is available under CC-BY-SA unless otherwise noted.