There are seven known endings so far in Freddy Fazbear's Pizzeria Simulator, They are as follows: 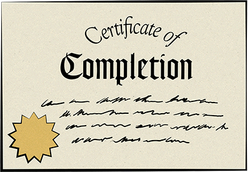 This ending is unlocked by Salvaging all of the Animatronics that the player finds out in the Back Alley and not going bankrupt. (doing so will give you the bankruptcy ending.)

Once every task is completed, and the "LOGOFF" button is clicked, they will hear Scrap Baby say "All of the little souls in one place, just for us. Molten Freddy, William Afton, Scrap Baby, & Lefty) A gift. Now we can do what we were created to do," then she says "I will make you proud, Daddy!" (Which is most likely her referring to the fact that she has followed in her father's footsteps and developed a tendency to kill children.) Before she can continue she gets cut off by Cassette Man, (Henry) who then tells Elizabeth (if she "still even remembers that name.") that they aren't "here to receive a gift," nor have they "been called here by the individual they assume." Though they have "all been called here" (by somebody else).

Henry then states that the entire facility was like a labyrinth, with no way out (or into the Main Pizzeria.) And that the animatronics have been searching for children they hear, but to no avail, as they have no way of finding the children, which inhabit the pizzeria, that is run by the player.

Henry addresses the animatronics once more, telling theim to be still, and give up, while he shows remorse towards the murder of his daughter, and comments on how she helped give others (The Original Animatrionics) life. At this moment, the facility has started to burn, and orange particle effects are noticeable at the bottom of the player's screen, as well as a temperature indicator on the bottom right, which keeps going higher.

Cassette Man then shows the player images of the animatronics including: Scrap Baby, Molten Freddy, & William Afton.) burning in the facility. He says that the animatronics should find peace, then he says that for one of the animatronics, (Springtrap) the gates of hell will open wide open and swallow him whole, then he apologize to his daughter for no one being able to stop William from killing her in the back alley of the original Fredbear's Family Diner, and stated that this is his chance to save her, like she saved the souls of The Five Original animatronics. (Freddy Fazbear, Bonnie, Chica, Foxy, and Golden Freddy)

The Cassette Man then addresses the player, calling them "his brave volunteer" and saying that a way out was planned, but says that he thought they would have preferred not to leave. He then says that he is in the facility nearby. The temperature gauge in the bottom right is at around 179°, when the connection terminates, and all of the characters in the facility have died.

After that, a cutscene plays, apologizing that the reason the player was called was not told completely honestly to them, before saying that "Here at Fazbear Entertainment, we value fun, family, and food! But more importantly, we value our commitment to atoning for past mistakes and tying up loose ends." The Narrator then states (in his exact words) "There is no need for you to return to work next week as Fazbear Entertainment is no longer a corporate entity." He then awards the player a "Certificate of Completion", which is then displayed on the main menu.

The Office Terminal during the Cutscene.

The map flashing slowly without the middle.

The map flashing on the player's location without the middle.

Scrap Baby burning in the Labyrinth.

Molten Freddy burning in the Labyrinth.

Springtrap/William Afton burning in the Labyrinth.

The image that shows when Cassette Man mentions his daughter being locked out.

Henry's Daughter dead in the alley.

Another image that shows when he further addresses his daughter.

Last image to show when he mentions it is her instinct to help the innocent.

The West Hall from FNaF 1 that shows up during the ending.

An empty Kid's Cove from FNaF 2 that shows up during the ending.

The Prize Corner with The Puppet leaving from the Music Box from FNaF 2 that shows up during the ending.

The six Gravestones from this Ending.

The texture of the heat effect during the ending.
Add a photo to this gallery

This ending is unlocked by Salvaging none of the Animatronics that the player finds out in the Back Alley during the Salvaging Period of each shift. At the end of the week, Cassette Man congratulates the player but then states that they did not meet their special obligations under Paragraph 4. And their employment is terminated. 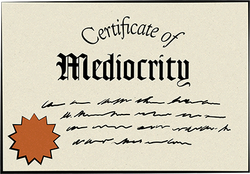 This ending is unlocked by not investing anything into Their Pizzeria, and the final Faz-Rating score is 0. Tutorial Unit calls the player "Lazy" and presents them with a "Certificate of Mediocrity", which is visible on the main menu screen as one of the unlockable Certificates. 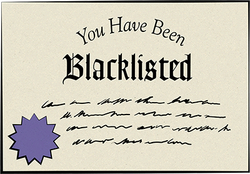 This ending is unlocked if the player has a liability risk of 50 or more on the last day, by purchasing items with a liability risk & placing them out in Their Pizzeria, such as Lefty, the Deluxe Ball Pit, the Gravity Vortex or any purchased marked down items. At the end of the week, a Cutscene plays where Tutorial Unit congratulates the player on taking risks, but then The Narrator says that the player took it a step farther and was reckless, and was deemed a liability hazard. The player is given a Certificate that says: "You Have Been Blacklisted". 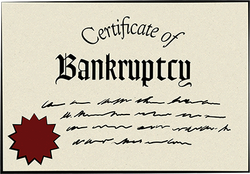 This ending results if they lose all of their money on any lawsuit. The player can invest their money on a lawsuit. If they choose a higher priced settlement or a legal fees, they will go bankrupt. A cartoon will play, and the man who narrates the other cartoons saying that they player did put all their eggs in one basket, and that they managed to fail, saying that they can "notice a lost cause" when they see one. The player will receive the Certificate of Bankruptcy. The game will then crash and restart, forcing the player to beat the Freddy pizza minigame in the beginning. 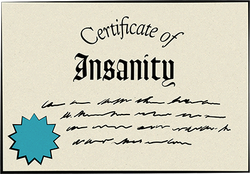 The Insanity Ending results if you have the Egg Baby (Data Archive) item in the room. Once you placed the Egg Baby, you will need to go to the terminal. Turn off the monitor in the terminal, place your cursor on the button on the bottom left of the monitor and hold the left mouse button, then turn the monitor on to reveal secret blueprints. As the blueprints play, you learn from Cassette Man that the souls of the animatronics will never be at rest, and he needs to get them into one place in order to destroy them all. After you witness that, the ending cartoon is shown. It reprimands you for "looking where you shouldn't have", and says you shouldn't have seen that. The narrator then presents you with the Certificate of Insanity, so that no one will believe you if you decide to tell what you have seen. The last shot of the ending shown you being taken somewhere for brain lobotomy.

The screen for when Cassette Man is talking.
Add a photo to this gallery 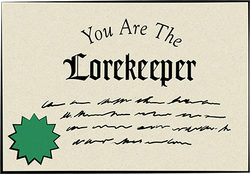 If you played the Security Puppet minigame three times, going to the gap in Midnight Motorist in lap 4, and play the Fruity Maze minigame without a game over, you get the final picture from the completionist ending.

The credits.
Retrieved from "https://freddy-fazbears-pizzeria-simulator.fandom.com/wiki/Endings?oldid=26814"
Community content is available under CC-BY-SA unless otherwise noted.