Here are the teasers shown at Scott Games (scottgames.com). 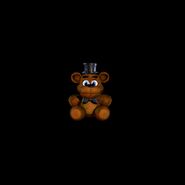 Shortly after the barrage of FNaF's 3rd anniversary images a Freddy plush showed up. 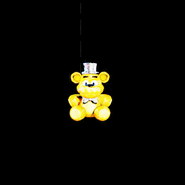 Shortly after a new image was uploaded and once brightened it revealed a line connecting to the plush. 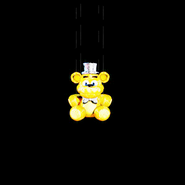 Shortly after that a teaser when once again brightened revealed 4 strings this time.

Available now!
Add a photo to this gallery

Here are the teasers shown in FNaF World Website (fnafworld.com)

The first teaser, with Scrap Baby

Ditto, with her eyes closed.
Add a photo to this gallery

Sometime between March 31st and June 21st of 2017, the source codes of Scottgames.com and Fnafworld.com had a conversation. It seems to be between Circus Baby and Ennard, prior to the events of the Custom Night's ending.

ScottGames - You are crowding us.

ScottGames - You can’t tell us what to do anymore.

FNaFWorld - Yes, I can. You will do everything that I tell you to do.

ScottGames - We found a way to eject you.

FNaFWorld - You would be lost without me.

FNaFWorld - I can put myself back together.

Near the game's release, the source codes of both FNaFWorld and Scottgames were filled with "What is Paragraph 4?".

Retrieved from "https://freddy-fazbears-pizzeria-simulator.fandom.com/wiki/Game_Teasers?oldid=15817"
Community content is available under CC-BY-SA unless otherwise noted.